The balance of the land located within the District is contained within various street and/or drainage easements, rights-of-way, lakes and stormwater detention ponds, District plant sites, or is otherwise not available for future development, including acres that are located within the platted areas of some of the aforementioned subdivisions. 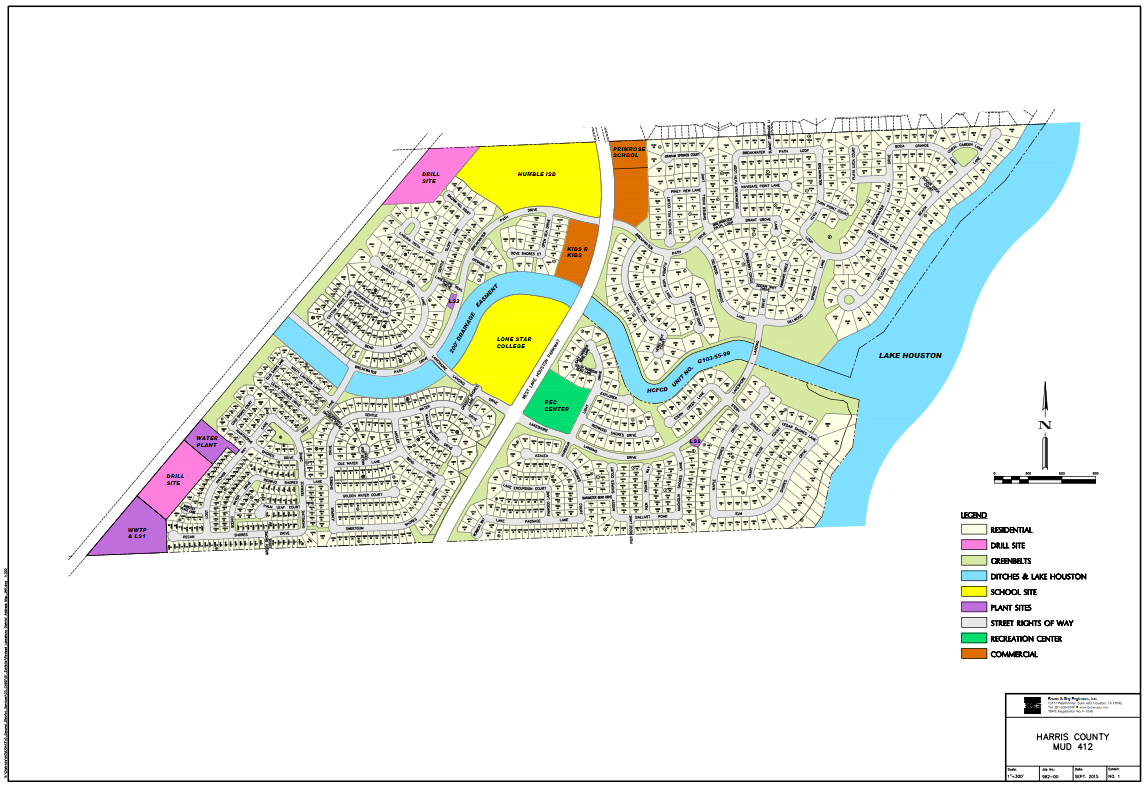